Happy Holidays from the Chamber of Commerce!

The Hancock Area Chamber of Commerce is proud of our area’s rich and diverse heritage in agriculture, quarrying, logging, fly fishing and Summer Camps. We support the local small business entrepreneurs that keep Hancock growing. We welcome new businesses, large and small, to expand our town’s growing needs.  You can support the Chamber by joining our organization by clicking the link above, or here: Join the Chamber. Thank you for your support! 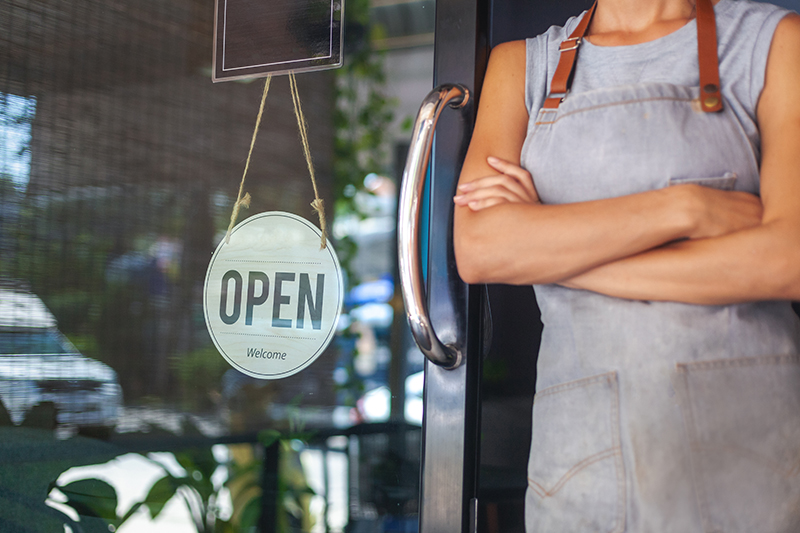 Visit our Membership Directory for access to the best services and products available in the greater Hancock area. 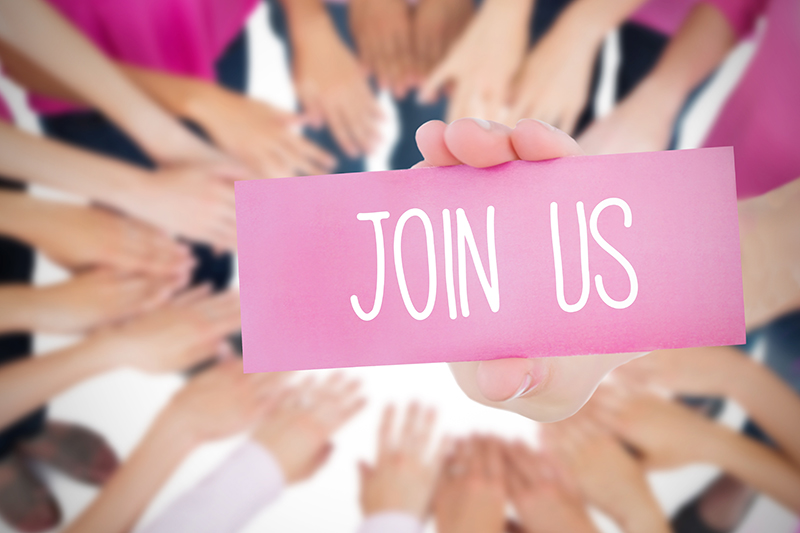 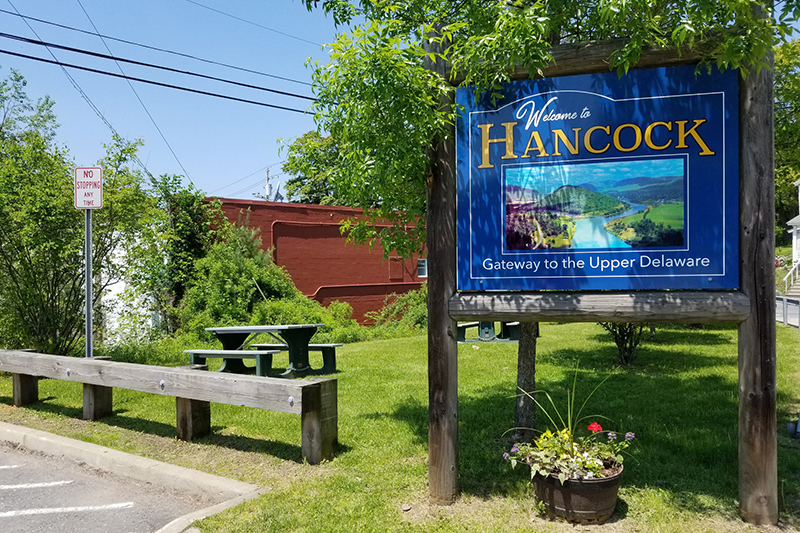 Visit our new Take A County Drive campaign webpage for an interactive map of the Town, and local attractions, to help you plan your visit!

Christmas on the Square

Hancock Harvest Festival & Tractor Parade
East Main St – Hancock, New York
Friday October 8, 2021
Local businesses hosted customer appreciation events throughout the community and local vendors selling in the Town Square from 9:00 5:00 PM – The Chamber of Commerce Tent featured coloring activities for children, while the parents were able to learn about what we are doing to build up the local community!
Tractor Parade was held on Saturday October 9, 2021
Residents & Vendors at the Town Square were treated to the Annual Tractor Parade and also the new addition of the Hancock Hounds Dog Park Costume Contest and Pet Parade celebrating their 1st Annual Howl-0-ween Pet Parade to bring some new faces, children and fun to this important town event!
Sponsored by the Hancock Community Education Foundation

*The first two images in slider above are by ©Roy Morsch. Seen in front of the red tractor is PA resident Zachary Middleton.

Thank you to all of the participants for the 2021 Moon Float! Good times had by all, lots of smiles and memories made. This fundraising event is made possible by Chamber VP Bill Gross of @oarsofhancock. Thank you, Bill, for a fun event for the Chamber and a huge thank you to all of the volunteers!

This could not happen without the awesome volunteers and the many adventurous participants.

Also, the Chamber’s sincerest thanks to Nick Gross Productions @nickgrossproductions for taking these incredible drone footage photos of the event seen above! 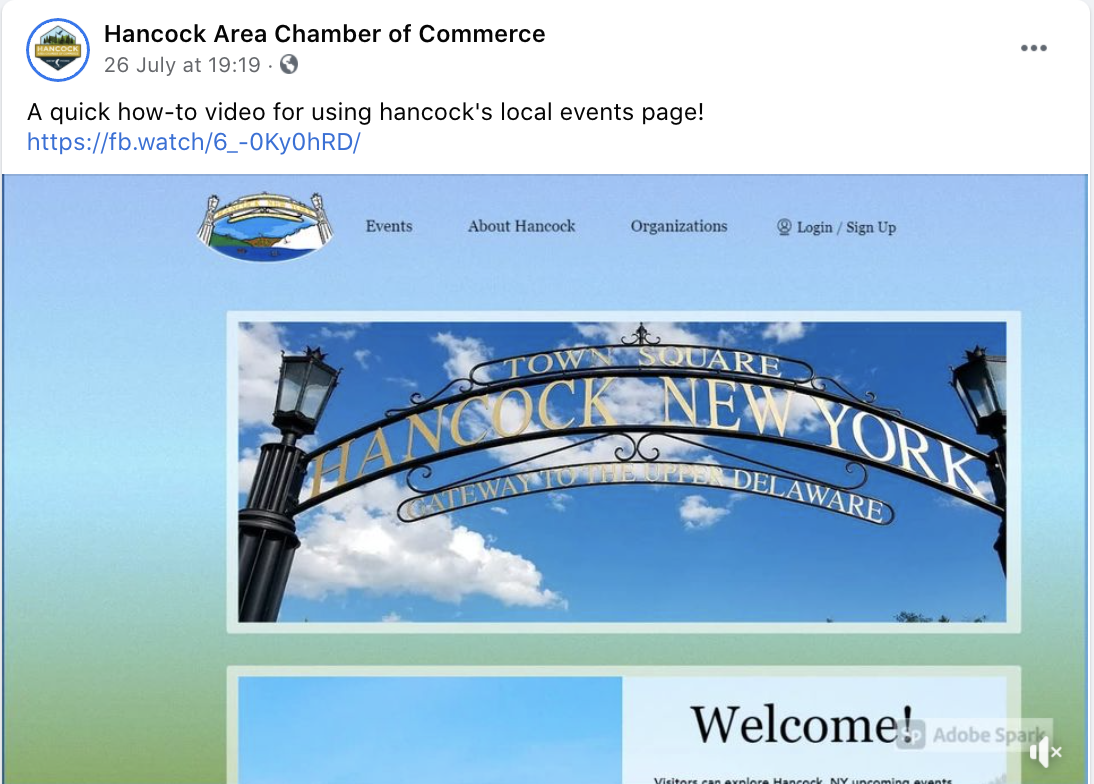 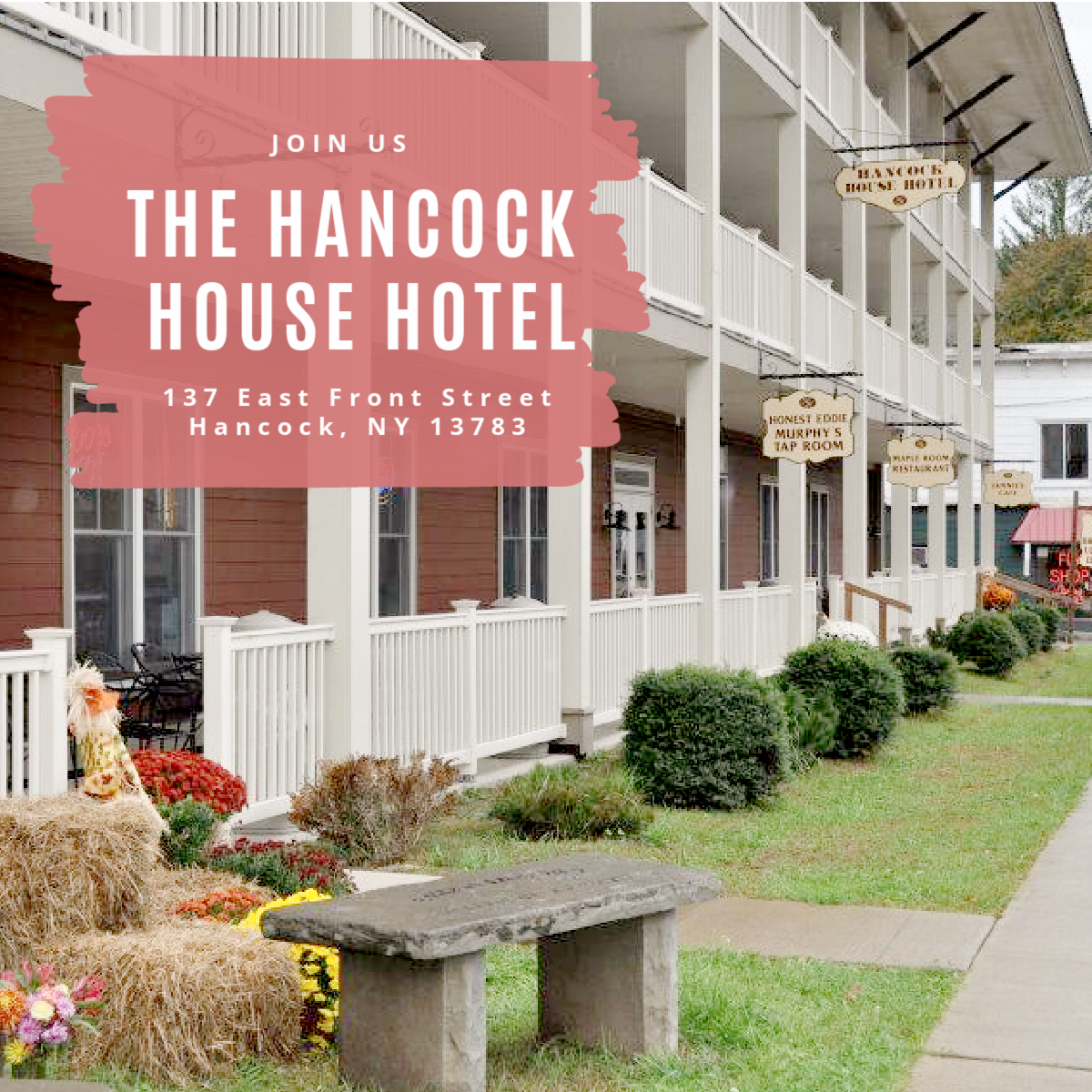 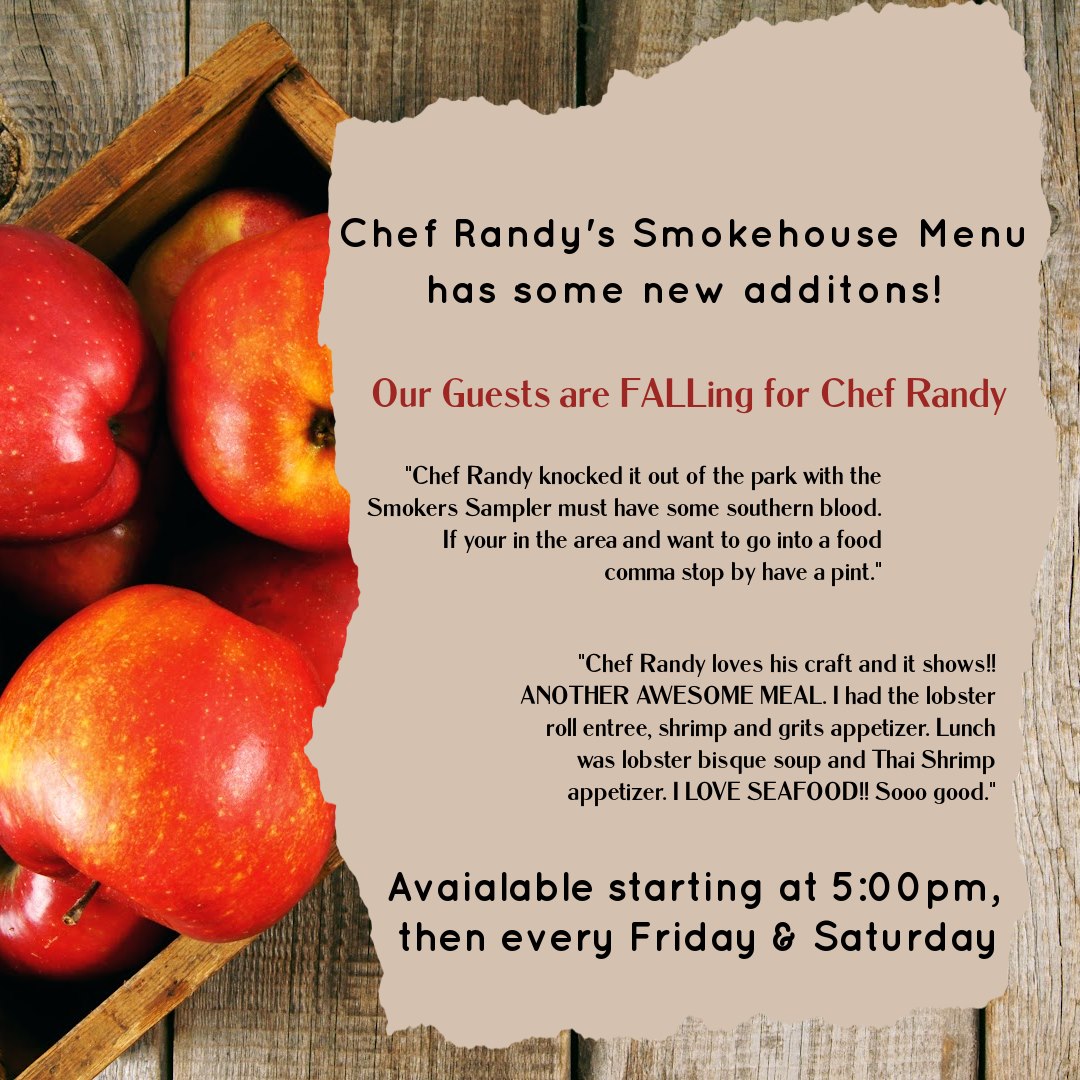 Russell Bass is an entrepreneur from the old school. He does not use spreadsheets and business plans but uses his keen intuition to build a business.

From his early days as a logger and teenager working at his grandfather’s sawmill Russell was not satisfied to just continue the family business. So today Russell’s family not only continues to own and run Russell Bass & Sons Lumber in Fish’s Eddy but has ventured into other local businesses to include French Woods Golf Course, the Hancock House Hotel, Bass Cabins and The Old Bat Factory Mobil Mart. Russell, his wife, Lynn, sons Todd and Shane and daughter Kimberly are all involved in one or more of the family businesses.

Russell is low-key and understated as he explains his life’s work of building a family enterprise – Bass Enterprises. “I grew up in the sawmill business,” says Russell. “My grandfather had a small sawmill that my dad took over so when I got out of school I decided to cut logs,” says Russell who like his wife, Lynn, was born and raised in the Town of Hancock. “I cut logs and worked in the mill for 13 years before I bought the mill from my father. The mill had just one (production) line then and I automated the line and later expanded the mill.”

The mill takes in logs from its own crews and from other loggers. The mill is strictly a “green mill” in that the logs are cut into lumber and later kiln-dried off-site by the buyer. “Our lumber is shipped all over the world,” adds Russell. The mill, now operated by Russell’s son’s Todd and Shane with some 20 employees also ships logs overseas, mostly ash logs to China. The mill is “medium-sized”, producing  3 ½ million board feet of lumber and an equal amount of ash sawlogs shipped to China each year.

Russell began his second business, Bass Cabins about 24 years ago with the construction of two log cabins just outside of Cadosia on then recently-logged family-owned timberland. Russell believed there was a need for rental cabins for area recreational visitors looking for a quiet place to stay in the woods. And he was right. Since then he has built twelve more fully equipped cabins.

Soon after Russell built his first cabins another business took shape. Russell, for sometime, mulled over the fact that there was no 18-hole golf course in the area that could serve both local and visiting golfers. He knew by intuition there was a need for a quality course with a clubhouse. Russell owned 125 acres in French Woods and secured an adjacent 100 acres from Mallery Lumber through a land trade and that was just what Russell needed for his golf course. Russell went forward and with the help of his sons and some others and designed the golf course flagging the course with surveyor ribbons. There was no “golf architect” or formal “business plan” – It was all through intuition and hard work, Russell explains. The land was cleared, contoured and planted. The first 9 holes opened in 1999 and the second back-9 opened in 2001. Russell added about one new over-night cabin on the golf course each year. The first years “were a bit of a struggle and we had to dip into our reserves, but we came through,” says Russell.

“We now meet our numbers with the golf and cabin rental revenue,” he adds. French Woods Golf Course offers golf packages, season memberships and hosts many local golf charity events. Russell’s wife, Lynn, manages the golf club house and “I help out wherever else I am needed,” she adds.  A staff of three run the golf course and Russell and the grandkids help cut and maintain the fairways and greens. The greens have to be cut every other day during normal growing conditions. “I mow a lot,” says a hands-on Russell who is 69 years old.

But Russell’s business building did not end with golf. In 2007 another of Russell’s visions became reality with the construction of the 32-room Hancock House Hotel, restaurant and bar in the center of Hancock Village. Much of the structure, 33 sections, were prefabricated and trucked onto the site. The second and third floors were pieced together and the first floor was basically delivered with open studded walls needing to be finished on site. “I saw how well the cabin rental business was doing and I saw a need for more quality lodging in Hancock. That is how this all got started,” says Russell. Russell and Lynn’s daughter, Kimberly, manages the Hancock House that has a full and part time staff of 25 to 30. Looking past the disruption of Covid 19, Russell says “I think we will again do well with the hotel overnight bookings and events booked there such as showers, graduation parties and other events.” Russell has seized the opportunity to cross-promote his hotel, cabin and golf business by offering golf and overnight packages with meal options.

Then there is Russell’s latest venture, The Old Bat Factory at the west end of Hancock Village. Russell bought the former Norton baseball bat factory facility about eight years ago. He was concerned that a Holiday Inn Express or Hampton Inn might purchase the site and create an over-supply of overnight rooms in the village. When Russell was unable to sell the location with a deed restriction preventing construction of a hotel or motel he decided to turn the facility into an attractive gas station/convenience store and car wash. Russell makes it clear that though the location is convenient for large diesel trucks to use to refuel it is not a “truck stop.” He says the Bat Factory which employs 20 full and part time employees can only handle “two or three trucks at one time.” Besides convenience items and a deli counter and expanded deli case the Old Bat factory recently added a line of Amish food items and candies. Currently the second floor of the Bat Factory building is vacant but may be rented as future office space.

And what is next on Russell’s agenda? “I may build a few more cabins,” he says. But no new major projects are on the horizon. “I think that’s it for a while,” he says, then adding “what I am hoping is that what I am doing today will be a long-term benefit to both my family and the community.” Russell is too low-key to say it himself but he and his family have built a very successful family enterprise that provides needed services and jobs to the community making Hancock a more attractive place to live and visit.

For more information on Bass Enterprises go to: 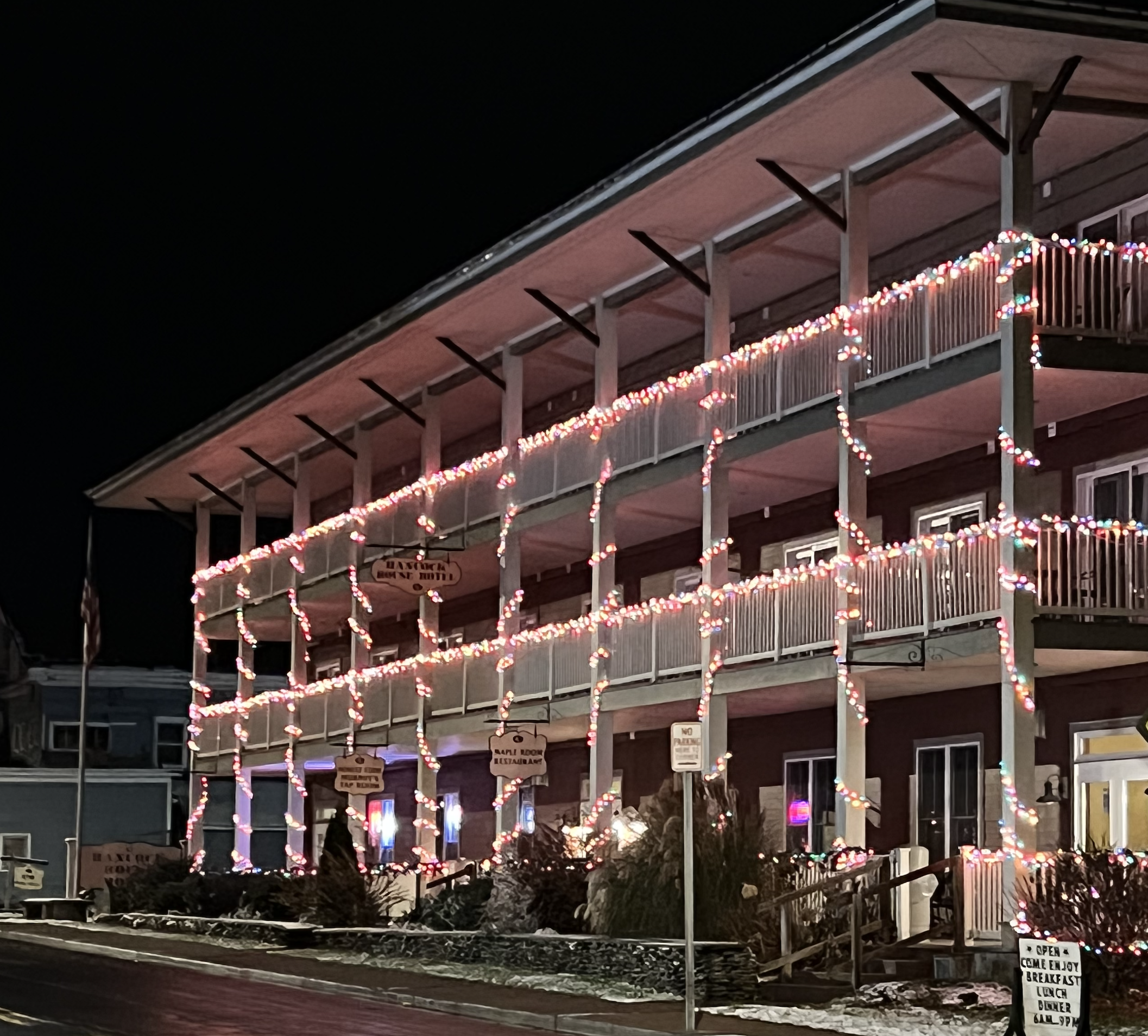 ADD US ON INSTAGRAM #VISITHANCOCKNY
📣TROUT DROP📣: Who needs a fancy ball when yo

The Chamber Float from the Parade of Lights this e

Do you have ideas or suggestions to make our chamber better? Questions about membership or how to start a business in the area? Reach out to us — we’d love to start a conversation!